Take a virtual tour of the Albany Heritage Exhibit today. 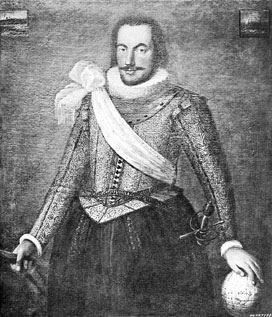 While looking for a trade route to the Far East in 1609, Henry Hudson came up La Grande Riviere as named by French explorers in 1540. The Dutch named the river for Hudson. In 1624 the first settlers, actually French Walloons, set up a colony which was named Fort Orange for the House of Orange, the royal family of The Netherlands. By 1629, the Dutch West India Company established a trading post at Fort Orange. In 1652, Pieter Stuyvesant, governor of New Netherland proclaimed that Fort Orange should become the village of Beverwyck, no longer under the rule of the patroon Kiliaen Van Rensselaer, a Holland diamond merchant.

In 1664 when the Dutch surrendered to the British without a battle, King Charles II granted territory including New Netherland, New England, Long Island and Delaware to his royal brother James, the Duke of both York and Albany. Thus Beverwyck became Albany and New Amsterdam became New York. Albany remained under British rule until the American Revolution.

It was on July 22, 1686, that Governor Thomas Dongan representing the British crown granted a charter recognizing Albany as a city. Dongan also appointed Pieter Schuyler as the first mayor. Since that time 74 men and one woman have served as mayor of which 34 were of Dutch decent.

During the 18th century, Africans were introduced to Albany due to the slave trade. Also, many Europeans were attracted to Albany as a trading center and often settled in the area. While the fur trade declined, other raw materials such as lumber and grain were rapidly filling the wants and needs of Europe.

In 1754, at the Stadt Huys (City Hall) leaders of the several colonies met to develop a common defense against the French. The document identified as The Albany Plan of Union was drafted with Benjamin Franklin as one of the chief authors. However, it was never adopted by Parliament. Between 1757 and 1763, Albany became the hub of military planning during the French and Indian War, although the French never invaded the city.

With increased economic and political tensions between the colonies and sovereign England, Albany supported the First Continental Congress in Philadelphia. During the war years (1775 through 1783) because of its central location on the Hudson River, Albany was a useful supply center as well as a focal point for military planning. Albany native Philip Livingston was one of the signers of the Declaration of Independence.

Among those involved in the military campaigns were Albany's sons, Generals Philip Schuyler, Peter Gansevoort and Abraham Ten Broeck. At what is known as the war's turning point, with Burgoyne's surrender at Saratoga, Burgoyne became a prisoner guest at the Schuyler Mansion (now a state historic site). It was a mansion that played host to many notables of the era including George Washington, Alexander Hamilton, John Jay and Aaron Burr.

With the formation of a state government, New York's legislature first met in Kingston, and continued to convene annually in New York City and Albany. In 1797, the decision was made to establish Albany as its permanent capital.

As the 19th century progressed, so did Albany as a transportation center. The city was accessible by stagecoach and wagon, by water, more rapidly with the advent of the steamboat (1807) and to the west via the Erie Canal (1825). In 1831, travel by rail began with the first journey between Albany and Schenectady. This continued until in 1840, when rails extended east to Boston. By 1851, a journey could be made the full length of the Hudson from New York City to Greenbush, which was across the river from Albany.

During the 19th century, the city's population continued to expand with a variety of ethnic groups from Europe, the majority of which were Irish, German and Jewish. Albany became a city of craftsmen and limited manufacture with politics playing an ever-vital role in the community.

Among those for whom politics was more than a passing phase was Martin Van Buren. He was the founder of the Albany Regency, the first political machine and he went on to become president of the United States. In holding elective office was Ira Harris and behind the scene politician and publisher Thurlow Weed. In addition to Van Buren spanning the 19th and 20th centuries among the governors who advanced to the presidency were Grover Cleveland, Theodore and Franklin Roosevelt. Not a governor, but U.S. president whose gravesite is located in Albany Rural Cemetery, was Chester A. Arthur. Although Governor Charles Evans Hughes did not become president, he served as Chief Justice of the U.S. Supreme Court.

Prior to the Civil War abolitionists were active in the city. In the forefront was African-American Stephen Myers who was the "conductor" of the Albany stop on the Underground Railroad. With the outbreak of war, Albany again served as a major supply center, providing men for battle through the 25th Regiment, Burgesses Corps, Albany Zouaves, the 3rd, 10th, 43rd, and 91st regiments. In 1864, the Army Relief Bazaar held in Academy Park raised approximately $82,000 to assist the Union.

There were in the 20th century a number of governors residing in the mansion on Eagle Street who made their mark on the national scene. Although unsuccessful in their attempts to win the U.S. presidency, Governor Charles Evans Hughes became Chief Justice of the U.S. Supreme Court, Alfred E Smith (the first Roman Catholic to be nominated by the Democrats) lost to Herbert Hoover. Governor Thomas Dewey thought he had defeated Harry Truman at the polls only to discover on the following morning that his dream was never to become a reality. Nelson A. Rockefeller while responsible for a number of physical changes in the city (including the building of the Empire State Plaza complex and establishment of a state-wide university system) never accomplished his goal to become president of the United States. He did, however, under Gerald Ford briefly serve as vice president.

On the local scene the mayors governing Albany for the latter part of the 19th century alternated every few years between Democrat and Republican. It was with the beginning of the 20th century that a "reform" William "Billy" Barnes took control of the city's Republican party. Possibly having some of the same instincts as his grandfather, Thurlow Weed, he evolved into the political boss of what was known as the Barnes machine. (1900 through 1920)

In 1921, Democrat William S Hackett defeated Republican William Van Rensselaer in the mayor race. This marked the rise of the famous Albany Democratic "machine" headed by Dan O'Connell; the city has remained a Democratic stronghold to this day.

Albany has always been a city that proudly celebrated its heritage. From a brief record of the centennial celebration in 1786, several volumes have been written on the bi-centennial (1886) and the Hudson Fulton celebration (1909). Since that date although only booklets and pamphlets record many of the events, available detailing can be found in the daily newspapers, which are preserved on microfilm.

In 2009 the city joined the entire Hudson valley in observing the 400th anniversary of Henry Hudson's voyage on the Half Moon up the river. The city also recognized the travels of Robert Fulton's steamboat Clermont which was the first steamboat to travel from Albany to New York using steam power.

From this time forward Albany continues to create happenings and events that add to the 400 years of history.