The Beaver Creek Clean River Project provides the opportunity to make improvements to the Bowl Fields in Lincoln Park, as identified in the Lincoln Park Master Plan.  The excavated dirt from the Project will be used to raise the Bowl by 2 to 3 feet.

Final Concept and Results from the Bowl Concept Survey

A Community Survey was conducted to vote on the three proposed concepts for the field design of the Bowl. The survey was closed on September 20th with the most votes received for Concept 3.

A meeting was held on Monday, August 30th to discuss the results of the Field Use Community Survey and three proposed concepts for the Bowl Design:

Public Meeting on May 18

View the Presentation from the meeting held on Tuesday, May 18th. In addition, the Bowl Improvement opportunity was discussed at South End and Delaware Neighborhood Association Meetings, a Lincoln Park Alliance Meeting, and a TOAST Meeting during March/April 2021.

The soil from the Beaver Creek excavation site was determined to be safe for reuse in the Bowl athletic fields after soil tests from an accredited lab showed no contaminants in the soil. The soils were tested using a TCLP chemical analysis, which is used to identify hazardous elements and is a common practice standard for determining the of reuse of soil in public spaces. View a summary report. 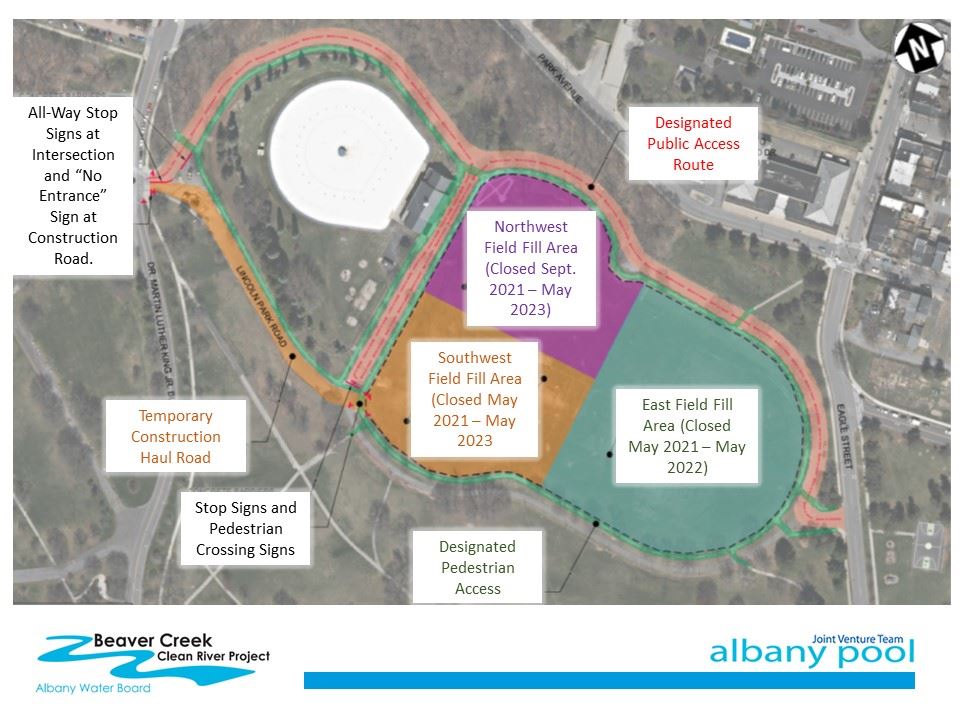 View the above map in PDF