The Lafayette Park Historic District encompasses the area known as Capitol Hill which surrounds the New York State Capitol (1869-1899), Academy Park and Lafayette Park and includes seven of the city’s most important governmental and civic buildings, as well thirty-three (33) rowhouses on two blocks descending down the hill towards the commercial district on Pearl Street. There are three “intrusions” – 33 Elk Street (1967), 37 Elk Street (1963) and the one-story building at 27 Elk Street (c. 1963).

The scale of the governmental and civic buildings in the district is monumental and begins with the New York State Capitol (1869- 1899) which includes Italian Renaissance and Romanesque elements in its design; it was constructed over thirty years and designed by three architects – Thomas Fuller, H. H. Richardson and Leopold Eidlitz. Other significant buildings in the district include the New York State Department of Education Building (1908-1912), designed in the Neo-Classical style by architect Henry Hornbostel; the New York State Court of Appeals (1842) at 20 Eagle Street designed in the Greek Revival style; the Albany Academy (1815-1817) in Academy Park designed by architect Philip Hooker in the Classical Revival style; the Albany County Courthouse (1914) designed in the Classical Revival style; and the Albany City Hall (1881) at 24 Eagle Street designed in the Richardsonian Romanesque style by architect H. H. Richardson.

Elk and Columbia Streets within the historic district include some of the largest and most elegant rowhouses in the city dating back to the early 19th century. Historically they have hosted well-known politicians and two have served as the Governor’s Mansion prior to the formal establishment of the current mansion. Governor William C. Marcy lived at 2 Elk Street from 1832-1834 and Governor Hamilton Fish lived ta 21 Elk Street in 1848 (Lafayette Park Historic District National Register Nomination, section 8, page 1). Many of the rowhouses on Elk Street have been converted into offices.

A segment of the old Hawk Street Viaduct bridge that extended north from Columbia Street, as well as the south abutment of the bridge, still remain and are included in the district. The district includes five properties that are individually listed in the National Register of Historic Places, including the New York State Capitol Building which is also a National Historic Landmark. All five buildings are also individually designated as Albany Local Landmarks. 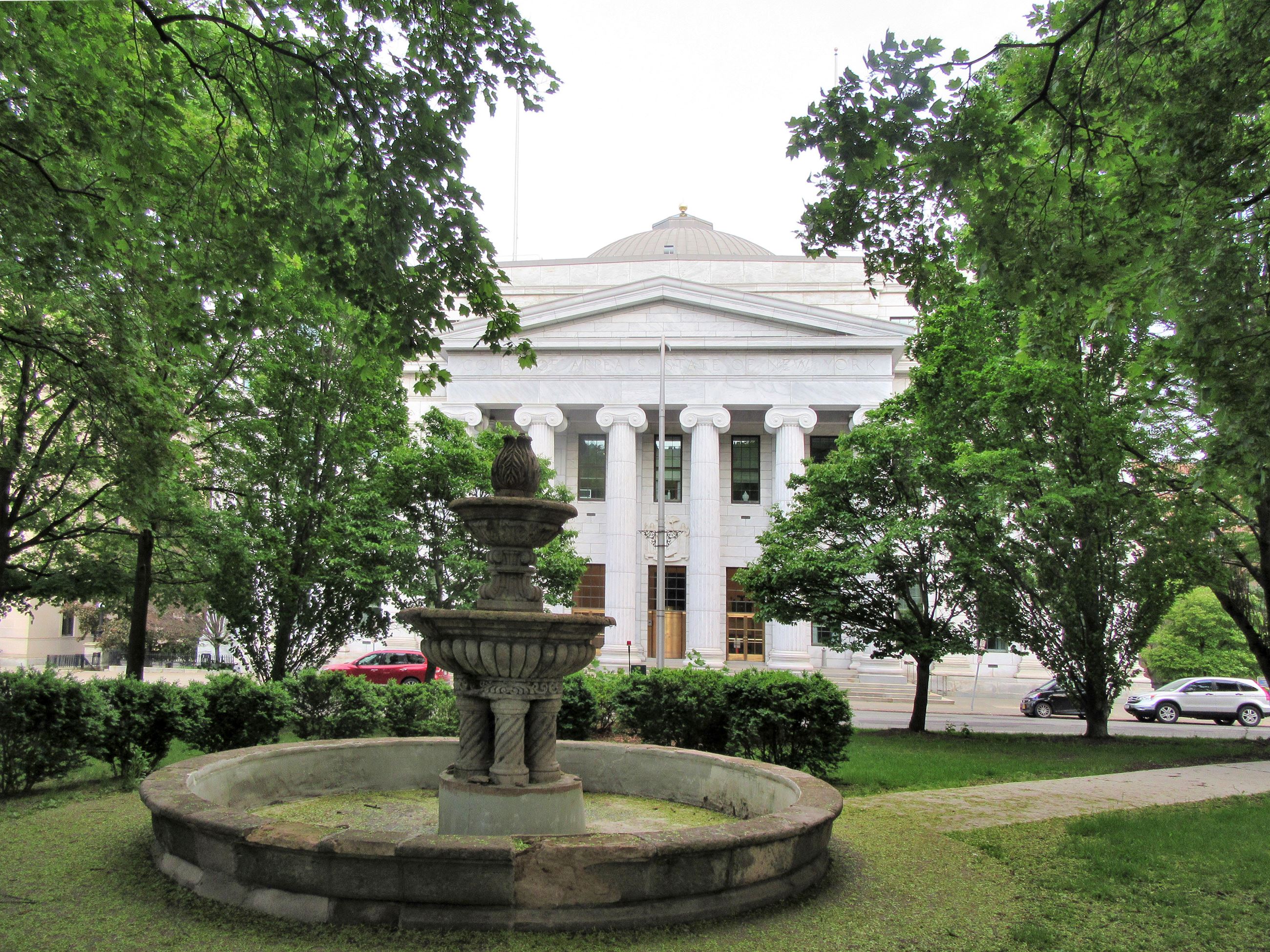 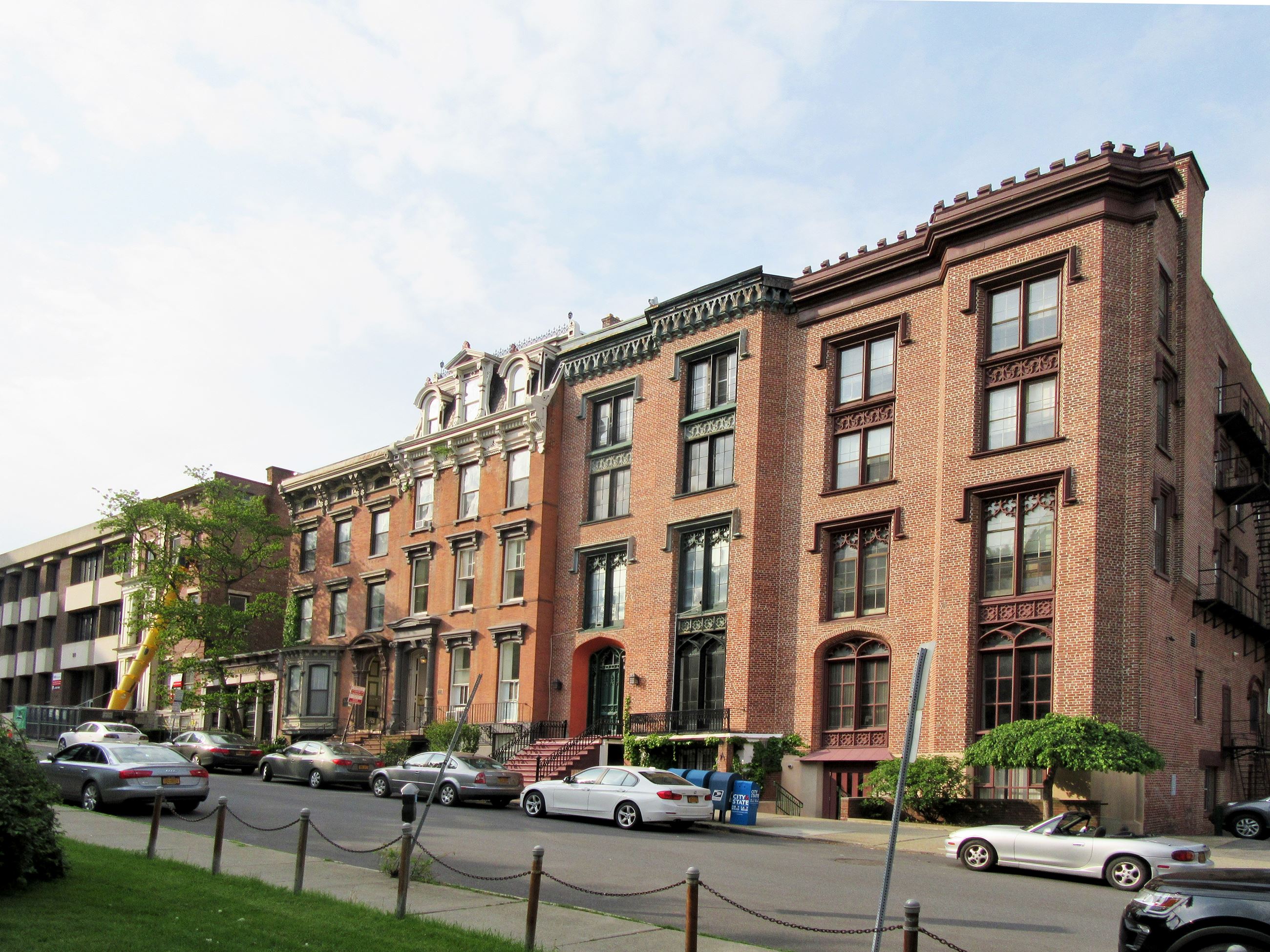 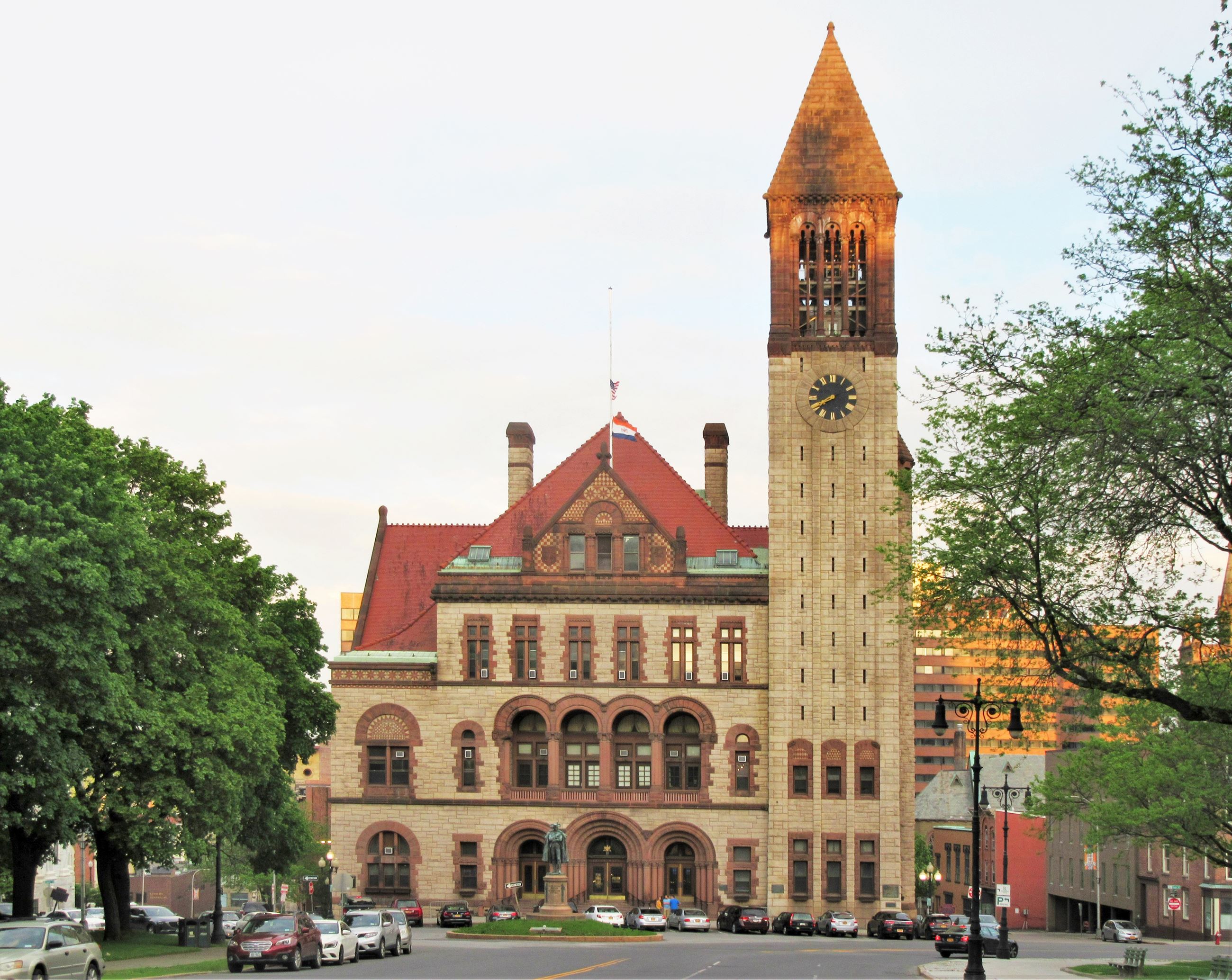