The Mansion Historic District is located directly to the south of Downtown Albany – separated by the 787 Connector – and is bounded by Eagle Street on the west, Pearl Street on the east, Hamilton and Van Zandt Streets on the north, and Providence and Charles Streets on the south. The Pastures Historic District is directly to the east and the west boundary includes the Cathedral of the Immaculate Conception and the Executive Mansion along Eagle Street. At the time the district was listed in 1982 there were 475 buildings in the district, of which only 11 were considered noncontributing. Parts of the neighborhood street grid date back to the 18th century, including Pearl and Grand Streets, though the earliest buildings are early 19th century – around 1830 – the majority of buildings were constructed between 1840 and 1880.

A large portion of the neighborhood is residential – mainly brick rowhouses, with commercial storefronts along South Pearl Street and Madison Avenue. The architectural styles exhibited are Italianate, Federal and Greek Revival, with a few examples of the Gothic Revival, such as the Philip Schuyler High School (1914) at 69 Trinity Place designed by architect William Van Guysling; and the rowhouses on Madison Place, a collection unique in the United States. Examples of the Greek Revival style include 149-151 South Pearl Street (c. 1839) and 124 Hamilton Street (1840-41). The Federal style is also represented in the early 19th century architecture in the district, including 143 Madison Avenue (1833) and 146 Madison Avenue (c. 1828). The Italianate style is the most commonly represented in the district, including at 3-9 Myrtle Avenue (1873-74); 83-95 Westerlo Street (1866-1876); and 1-4 Madison Place (1848-1856).

The Mansion district, named for its proximity to the Executive Mansion as well as early estates in the area, grew largely in the mid-19th century due to expansion of the city as a result of the Erie Canal. The area became populated with immigrant groups including the Irish, German, Jewish and Italian. While the neighborhood’s Irish and German communities were move westward by the 20th century, the Italian community was growing; however, the construction of the Empire State Plaza in the 1960s-1970s dispersed many in the community. One of the most important buildings remaining that was associated with the Italian community is St. Anthony’s Church (1908) at 68 Grand Street, designed in the Italian Renaissance Revival style.

The Mansion Historic District was also designated as a local district in 1983. 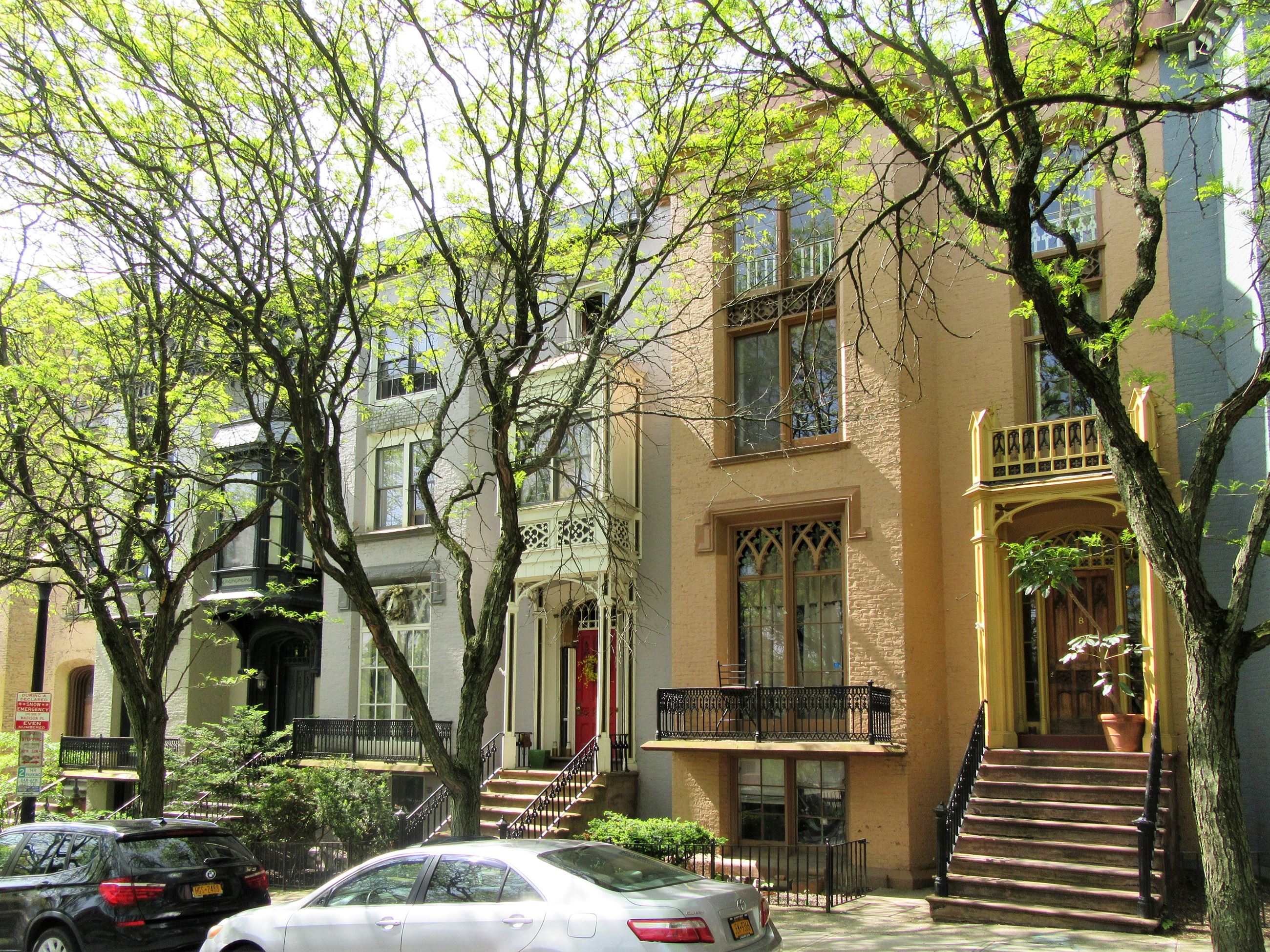 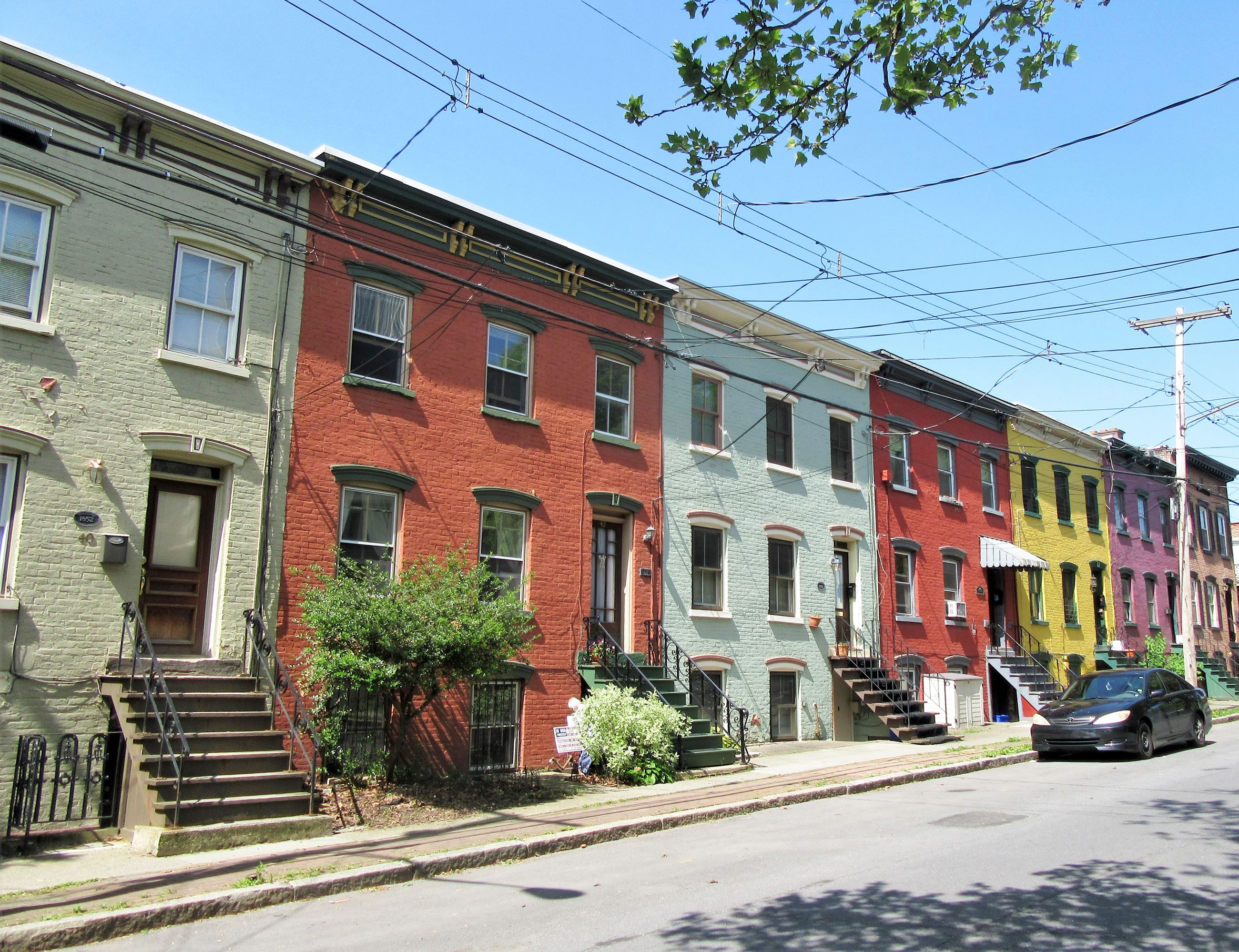 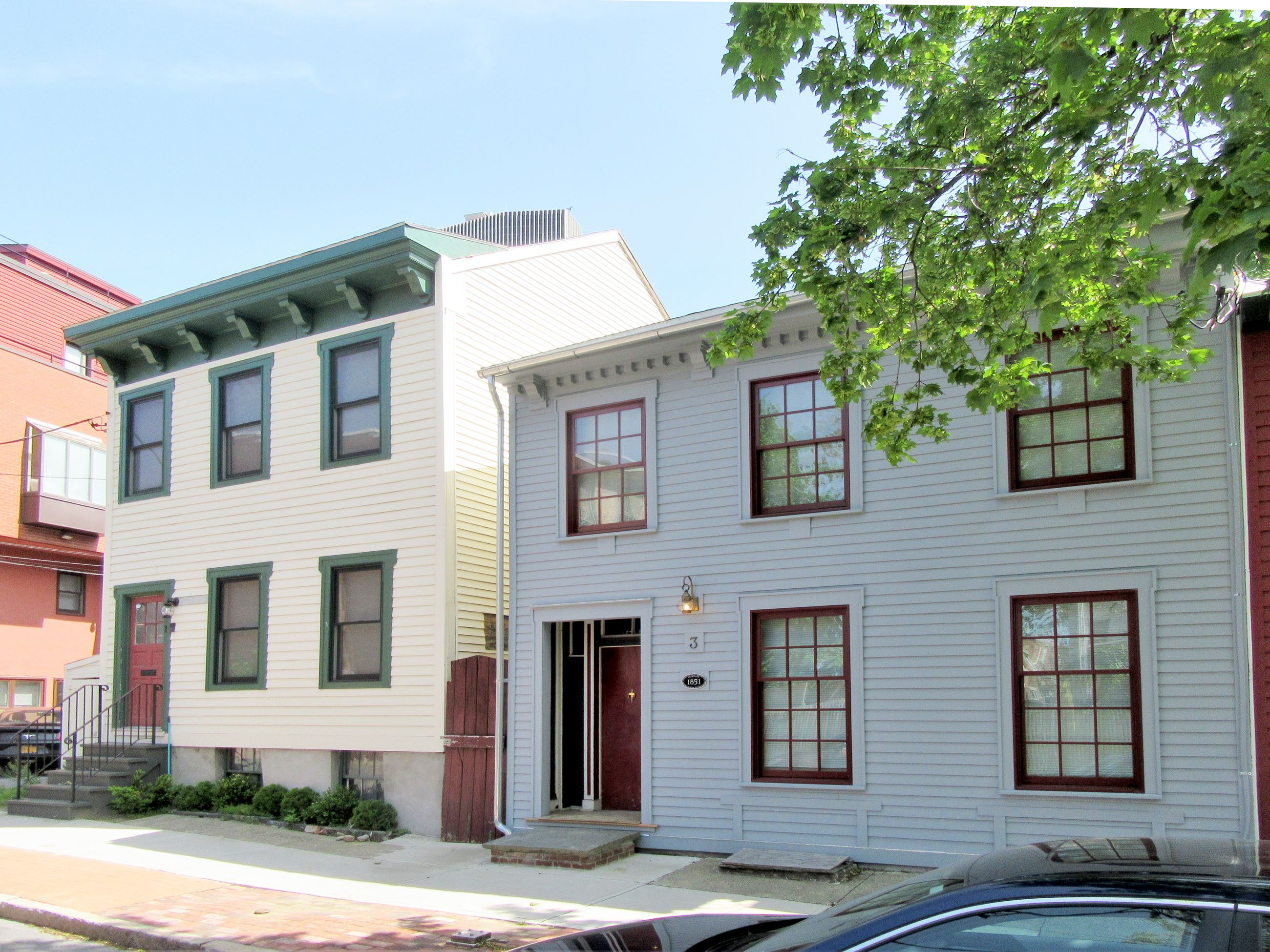